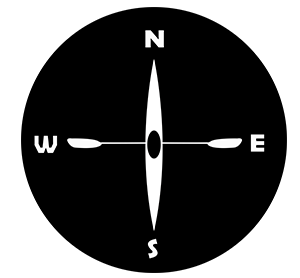 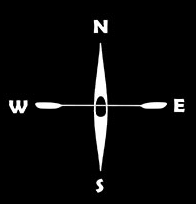 Foraging seaweed is something humans have done for several thousand years. Seaweed is also often called “sea vegetables”. In Norway, the first people to settle settled at the coast where their primary food source was the sea. Easy to get and very nutritious, seaweed was a natural source for food, and approximately 40% of people’s daily food intake consisted of seaweed.

Today seaweed is being used in everything from food for agriculture to cosmetics, pharmacy products and of course, an ingredient in sushi. Seaweed is also being considered a SuperFood, because of it’s high nutrition values. It contains reasonable amounts of vitamins A, B-12, C, E and K. 30 grams of Kelp seaweed, for instance, contains 25% of a person’s daily vitamin K needs.

There are no poisonous seaweeds in Scandinavia, but you should still consider when foraging seaweed, where to harvest.

I’ve picked three of my favourite seaweeds, that are tasty and easily accessible all over Scandinavia. These are usually easy to get right from the kayak and doesn’t require any equipment besides a knife. You can also harvest these directly from the shore but be careful not to slip on wet seaweeds.

This seaweed is one of the most common seaweeds along the Scandinavian coasts.

The bladders are functioning as floatation for the plant, making the leaves get closer to the surface where they get more sunlight. Their growing season is from September to March. If harvesting them outside the season, don’t pick too many from the same plant. Bladder-Wrack contains a lot of protein and vitamin A and C.

When cooking, as with many other seaweeds the plant changes colour from the brown/olive-green colour to a brighter green colour. I like to use the top 5-10 cm of the plant in two different ways. It can be cooked with other vegetables in a stew and soups, especially good in bacalao and other fish dishes.

Another way is to take the 2-5 cm of the top and fry them crisp in oil on a pan. Once fried, they taste just like potato chips. This is usually quite popular when I’m doing courses and longer guided trips, as people tend to be quite a sceptic until the seaweed turns colour when fried.

Another very common seaweed in Scandinavia, the egg-wrack can sometimes be confused with bladder-wrack or channel-wrack.

As with bladder-wrack, the bladders make the seaweed float to the surface to get more sunlight. The growing season is from June to November. They are quite nutritious and contains a fair amount of omega 3 and 6, as well as vitamin C and amino acids. They also contain a fair amount of magnesium and zinc. Because of its nutritious values, egg-wrack has been and are still being used in food for farm animals. In Norway, it’s been used by most of the farms (before the 1960s) along the fjords in the winter, since it was difficult to produce enough hay for the winter. Some places are still feeding seaweed to sheep and goats to add flavour to the meat.

Drying egg-wrack and grinding it for use in dishes is the best choice. The egg-wrack is somewhat chewy even when cooked or fried.

Oarweed is mostly found on rocky shores at the coast but can be found in the fjords as well, though they tend to grow a bit deep, so you need to go on a low-tide to get these.

Oarweed contains a lot of different vitamin B (1, 2, 3 and 12), calcium, magnesium and iodine. When harvesting, take the parts closest to the stem, the ends are the oldest parts.

You can use them as a substitute or supplement to pasta/noodles.

Of the three listed seaweeds, this one is by far the best for frying into crisps. Gently rinse it in freshwater to get rid of sand and small animals (it also dims the salty taste). Cut them into small strips of 1cm wide, 2-3cm long and fry with some olive oil. These make a perfect snack on any trip.

If you enjoyed this article, subscribe to our blog and stay tuned on more tips & tricks as well as getting subscriber-only benefits and discounts on our guided trips and courses! 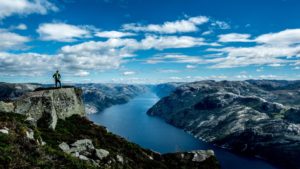 5 Places To Visit In Norway

Norway is called the “Northern Playground” for a reason. With the Norwegian “Allemannsret” and its easy accessibility from roads, you can quickly embark on epic adventures in Norway’s nature (and get lost in the sheer beauty of the vast landscape). 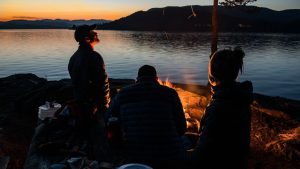 What to pack for Kayak Trip in Norway

The kayak is the perfect watercraft for multi-day trips in Norwegian nature. Kayaks are quite sea-worthy, doesn’t make a sound, doesn’t pollute, can haul loads of equipment and is easily paddled but challenging to master. And best of all, you’re always the captain of your boat! 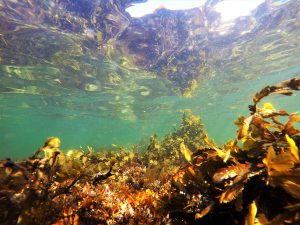 Foraging seaweed is something humans have done for several thousand years. Seaweed is also often called “sea vegetables”. In Norway, the first people to settle 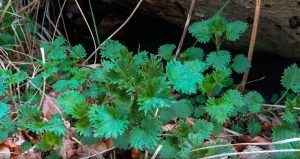 The stinging nettles are widely known as most of us, as kids, probably got stung at some point – and they pretty much grow anywhere

At the beginning of the kayak season (spring), nature is a wonderland of savoury herbs and wild plants. I’ve gone out to gather ramson, a 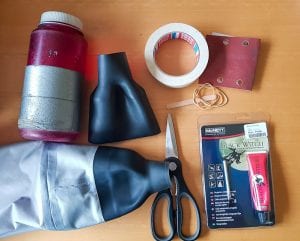 DIY: How to repair a latex gasket in your drysuit

Using a drysuit or dry top combined with dry pants is the best way to stay dry and warm during your paddling adventures. However, these are only dry as long as the latex gaskets, found in the neck and wrists are intact.

All travel bookings processed through this website are financially protected by Trust My Travel. Please click on this logo for more information on TMTProtects.me financial protection.

We use cookies to ensure that we give you the best experience on our website. If you continue to use this site we will assume that you are happy with it.OkDeclinePrivacy policy